Home > Press room > Andbank posts 27.1 M€ of net profit and consolidates as the leading bank in terms of assets under management and the second in terms of profits in the Principality

Andbank posts 27.1 M€ of net profit and consolidates as the leading bank in terms of assets under management and the second in terms of profits in the Principality 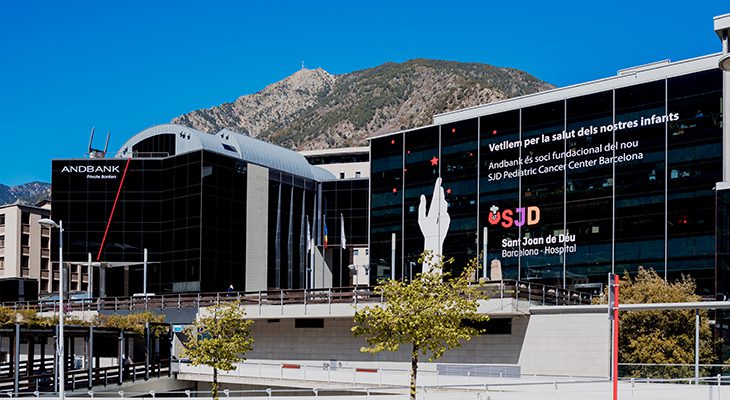 Andbank posts 27.1 M€ of net profit and consolidates as the leading bank in terms of assets under management and the second in terms of profits in the Principality

Escaldes-Engordany, 30 April 2019. The Andbank Group consolidated its leadership in turnover (23,473 million euros) and positioned itself as the second Andorran bank in terms of profit generation, with 27.1 million euros, 12% more than estimated. This result has been achieved by maintaining a strong investment for the future of the bank, with investment on technology of more than 22 million euros per year and 6.1 million euros spent on international growth.

At the end of 2018, Andbank demonstrated its solid risk control and management model, with a return on tangible equity (ROTE) of 10.03%, a non-performing loan ratio of 3.65% and a coverage ratio of 104.09%. Its strength is reflected in its solvency ratio of 17% (TIER1 phase-in), much higher than the European average.

Andbank is a banking group that has adapted to international regulations. It has presented its information in accordance with IFRS9 European financial reporting standards and the CRD IV capital requirements directive. The group has reinforced its corporate governance with the entry of new independent directors and the creation of an external Advisory Board with the aim of achieving excellence in transparency and good governance. Finally, in 2018, it took the decision to close the Bahamas and Panama banking outposts.

International evolution of the group

Andbank’s international strategy, which began in 2000, has allowed it to grow in a diversified and sustained manner. The group’s international area currently represents 82 % of assets under management.

We should highlight Andbank Spain, with 9,550 million euros of assets under management. In 2018, it integrated Merchbanc into the group, with 400 million euros in assets. It did in addition close the best year since it was established, with an 8% growth in volume and 39% growth in profits (consolidated profit of 7.9 million euros).

The fight against cancer is the bank’s strategic objective in corporate responsibility. This commitment has led the group to become an active sponsor of the Fero Foundation (Cancer Research Foundation), which supports leading projects worldwide in cancer research, and to become a founding partner of the SJD Pediatric Cancer Center of Barcelona in its major new European project against childhood cancer.