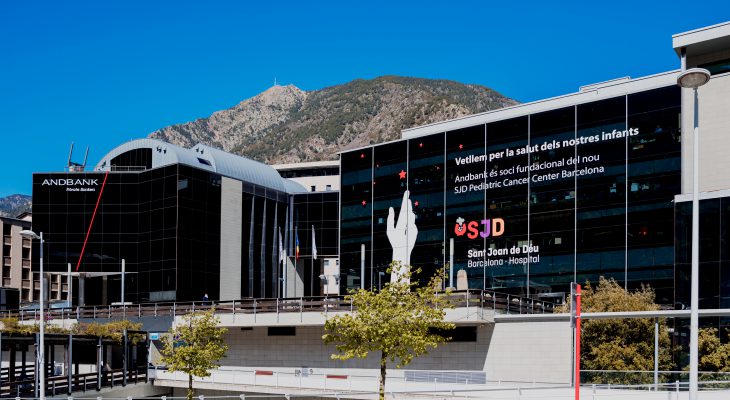 Andorra, 4 December 2020. Andbank has been named as Andorra’s best bank in 2020 by the prestigious British magazine The Banker, published by the Financial Times Group. With this award, the publication has recognised the bank’s 90 years of experience in private banking and its client-focused approach, the resilience the bank has shown throughout this […]

Andbank has been named as Andorra’s best bank in 2020 by the prestigious British magazine The Banker, published by the Financial Times Group. With this award, the publication has recognised the bank’s 90 years of experience in private banking and its client-focused approach, the resilience the bank has shown throughout this challenging year marred by the Covid-19 crisis, and the quality of its customer service.

The award, which is handed to the best bank in each country, also underlines the bank’s outstanding performance, as evidenced by it boasting among the highest solvency and liquidity ratios in the sector, with a consolidated Tier 1 ratio of 15.62% and of 26.3% in Andorra. At year-end 2019, the liquidity coverage ratio (LCR) stood at 267.33%, well above the minimum LCR of 100%.

The Banker indicated that the value created by the bank for its clients and how it protects their wealth were two of the reasons why it received the award. The award highlights the Group’s strong performance – all the more laudable given the current situation in the markets – the investment being made in international growth and the major push for technological development, with the goal of offering clients the greatest possible flexibility and scalability, as well as the strengthening of management control structures at the central level and in each country where the bank does business.

The public health crisis that hit in 2020 has led to a change in how people interact and, as a result, how banks have to adapt to the current economic and financial environment. The Andbank Group has faced this crisis with a high degree of resilience to the current state of the markets and a cutting-edge technological platform that has enabled it to continue operating completely normally.

The Andbank Group closed 2019 with net profit of 28 million euros, a gain of 3.6% with respect to 2018. These healthy earnings are due to the consolidation of its private banking model, which allowed the bank to close 2019 with a new maximum (AuM) of 23,842 million euros, an increase of 2,067 million euros, or 9.6%, over the previous year.

A key driver of Andbank’s robust growth is its international reach – fruit of the expansion begun in 2000 and which today makes it a multi-jurisdictional bank with presence in 12 countries, including the world’s most important financial centres.

Also of note is that in April 2020 Fitch Ratings maintained its BBB long-term rating and F3 short-term rating for the bank, underscoring the unrivalled positioning enjoyed by Andbank with its low non-performing loans ratio (2.9%) and strong provisioning coverage of non-performing loans (103%). The rating agency also noted that Andbank is showing signs of sound health and is benefiting from a high percentage of fee and commission income (61% of operating income in 2019).

According to Ricard Tubau: “this award is an important recognition of the efforts that all of our people have been making in recent years”. And he adds that “the two awards (best bank and best private bank in the country) illustrate our perseverance and the efforts we have made to achieve excellence in what is our ultimate objective: in short, the quality of the service and support we offer our clients”.