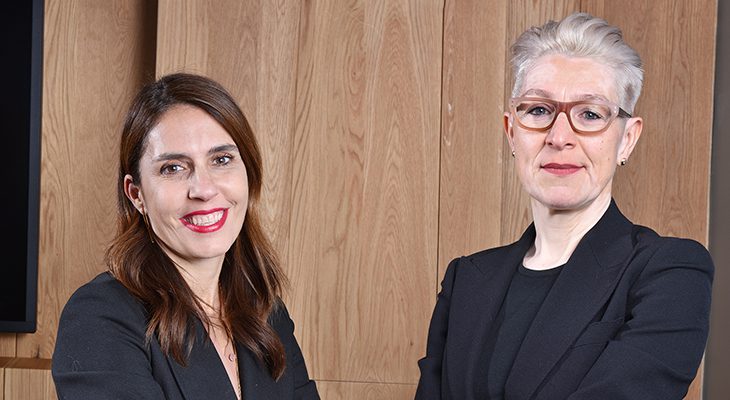 Dagmar Valcárcel, who comes from Barclays Bank PLC in London, is named as Chairman of the Andbank Asset Management Luxembourg Board of Directors. Isabela Pérez Nivela, a State attorney, joins Andbank Wealth Management España as independent director. Andorra, 8 March 2018. The Andbank Group is reinforcing the management organisation in two of its European subsidiaries by engaging […]

Andorra, 8 March 2018. The Andbank Group is reinforcing the management organisation in two of its European subsidiaries by engaging two executives of recognised prestige. With these appointments Andbank continues reinforcing its commitment to the recruitment of talent and professionals at top level.

Andbank Asset Management Luxembourg, the management company for collective investment institutions in Andbank Luxembourg, has appointed Dagmar Valcárcel as new Chairman of the company’s Board. Valcárcel has more than 20 years in financial experience and risk management in Europe and the Middle East. At present, Valcárcel is a Board member of Amedes Holding GmbH, a German medical services firm and a company in the portfolio of a well-known French risk capital fund. She has also been a non-executive member of the General Council of Hellenic Financial Stability Fund (HFSF, Athens/Greece) and President of the Board of Directors of Barclays Vida y Pensiones, Compañía de Seguros, S.A.U.

A lawyer qualified in Germany, the United Kingdom and Spain, she comes from the Barclays Group where she has held various senior executive posts, among them that of General Counsel for Western Europe for Barclays Bank PLC in London.

Also Andbank Wealth Management SGIIC, the management company for collective investment institutions of Andbank España, has appointed Isabela Pérez Nivela as a new independent director to benefit the board with her long experience in both the field of business and in good corporate governance and risk control and management.

At present Pérez Nivela is secretary-counsellor of Coca-Cola European Partners Iberia and deals with legal management, compliance and risks in this business unit. At the same time she is in charge of legal matters in the corporate and commercial strategy area for the whole of the European group. She was also a member of the negotiating committee dealing with the merger of the bottling plants of western Coca-Cola, which resulted in the largest bottling plant in the world, with billing of 12.5 billion euro.

Isabela is a State attorney and has held various posts in the State administration, among which she has been assistant chief of the taxation authorities legal department in Catalonia and head of State prosecution in that community.

Isabela Pérez Nivela has a Law degree from the University of Navarra, a postgraduate degree in finance, communication and corporate governance from IESE, and a master’s in Tax Law from the Fiscal Studies Centre. Currently she is a professor at ESADE on the double degree course of Law and Economics, where she is teaching tax law, and in the master’s course on compliance at that university. Pérez Nivela was named among the 5 best M&A lawyers of Europe by the European Counsel Awards in 2016, and in 2017, as one of the 50 leading advocates in Spain and Portugal.

The Group General Manager, Ricard Tubau Roca, said that “engaging professionals of the very highest level, such as Dagmar Valcárcel and Isabela Pérez Nivela, with broad experience both in the field of private business and in legal and regulatory matters, allows us to maintain the highest demands, with regard to legal standards, regulations and corporate governance, always with a commitment to offering our clients the best quality”.

With these appointments in the governing organs, Andbank reinforces its commitment to the United Nations international standards in matters of gender equality and makes a clear statement of the Group’s commitment to effective equality between men and women in the employment field.