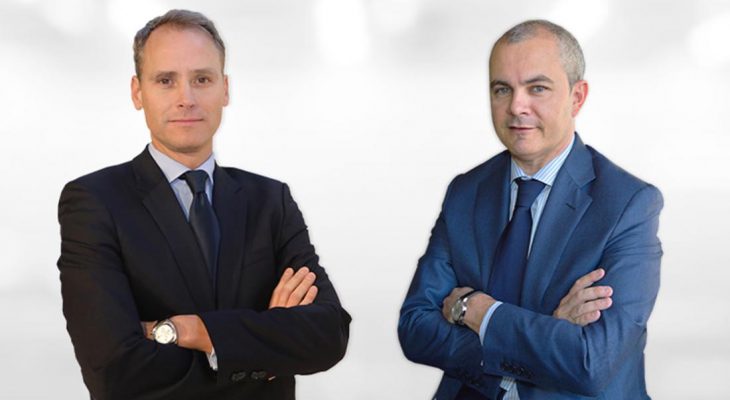 Madrid, 24 February 2020. Andbank, an international group specialising in private banking, has appointed Alex Fusté as Director of Investments at Andbank Spain and member of the board of directors of the Spanish private bank. Furthermore, the bank has also appointed Juan Luis García Alejo as Director of Global Asset Management and General Director of […]

Andbank, an international group specialising in private banking, has appointed Alex Fusté as Director of Investments at Andbank Spain and member of the board of directors of the Spanish private bank. Furthermore, the bank has also appointed Juan Luis García Alejo as Director of Global Asset Management and General Director of Andbank Wealth Management Spain (AWM). Both professionals, who have extensive experience in asset management and market analysis, come from within Andbank, where they have held various positions of responsibility for a large part of their professional careers.

Thus, Alex Fusté, Chief Global Economist of the Andbank Group for the past 17 years and member of the Group’s Management Committee, takes on the role of Director of Investments for Andbank Spain as well as becoming a member of the Board of Directors of Andbank Wealth Management Spain. These positions will be combined with his current global responsibilities. In this new post, Fusté will establish the investment guidelines to be followed and oversee the management, analysis and selection of assets for client portfolios.

Fusté holds a degree in Economy from the University of Barcelona (UB) and has more than 25 years’ professional experience. Before joining Andbank, he worked in the market research and analysis department of Ciments Molins and at BIBM as a manager of fixed income investment funds and the monetary market. In 2003, he joined Andbank where he has held the positions of Director of Fixed Income (Asset Management Area), Director of the Portfolio Management Unit and Chief Economist, a position he has held since 2006.

As regards Juan Luis García Alejo, until now he has been the Head Business Consultant for Andbank Spain, and he will now oversee the management of funds at a global level of the Spanish branch of Andbank Wealth Management. His main task will be to coordinate and take advantage of the synergies generated between the management teams in the countries in which the bank is present and to come up with the strategy to enhance the range of investment funds with Sigma Investment House in Luxembourg.

García Alejo holds a Degree in Economics and Business Studies from the University College of Financial Studies (CUNEF in its Spanish initials) specialising in Finance; he joined Andbank in 2015 when we acquired the retail banking department of Banco Inversis. Throughout his almost 25-year professional career, he has held various managerial positions in both the commercial and management fields. Among his more outstanding roles include having been the Director of Investment at Inversafei SGIIC, Managing Director of Inversis Gestión SGIIC and Director of Business at Andbank Andorra.

According to Carlos Aso, Chairman of Andbank Spain, “committing to the company’s own talent is something that we are extremely proud of. Alex Fusté and Juan Luis García Alejo are two highly regarded professionals in the market and have known our bank for years. We consider this to be fundamental because it undoubtedly contributes to strengthening our markets and asset management department; this is key to our business.”