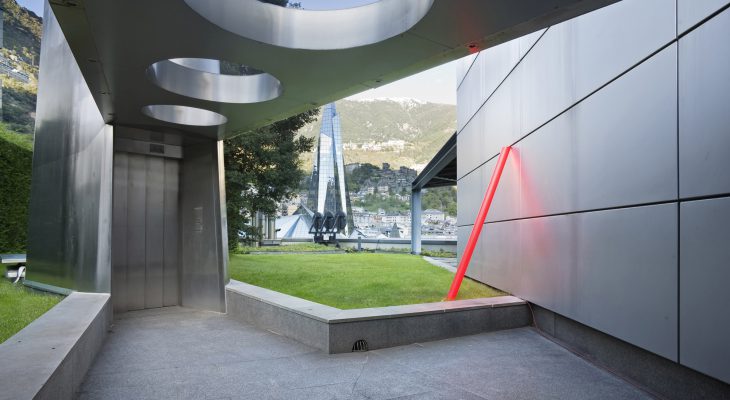 Escaldes-Engordany, 29 September 2020. Andbank is contributing to the Advanced Molecular Diagnosis Programme (DIAMAV) promoted by the VHIO (Vall d’Hebron Institute of Oncology) and the FERO Foundation, allowing new therapeutic options to be offered to cancer patients, even in the metastasis stage. DIAMAV is one of the largest advanced molecular diagnostic programmes in Spain, focusing […]

Andbank is contributing to the Advanced Molecular Diagnosis Programme (DIAMAV) promoted by the VHIO (Vall d’Hebron Institute of Oncology) and the FERO Foundation, allowing new therapeutic options to be offered to cancer patients, even in the metastasis stage.

DIAMAV is one of the largest advanced molecular diagnostic programmes in Spain, focusing on integrating different technological platforms to personalise the diagnosis and treatment of different types of cancer, including explorations by means of innovative liquid biopsies.

This year, the VHIO’s team of researchers plan to incorporate more types of tumours, such as those of the prostate and liver, in order to expand the therapeutic options of patients affected by these types of cancers. We should recall that, according to the SEOM (Spanish Society of Medical Oncology), the number of new cases of cancer diagnosed in Spain in 2020 will total 277,394.

Last year, the programme analysed more than 2,500 samples from more than 1,200 patients and enabled 12% of them to gain access to new therapeutic options to combat cancer (mostly phase-1 clinical trials) which they would not otherwise have had.

The project is led by Dr Josep Tabernero, Director of the VHIO and Head of the Department of Medical Oncology at the Vall d’Hebron University Hospital, Dr Ana Vivancos, Head of the Cancer Genomics Group, Dr Paolo G. Nuciforo, Head of the Molecular Oncology Group, and Dr Rodrigo Dienstmann, Head of the Oncology Data Science Group (ODysSey).

According to Dr Tabernero, “this programme will enable more patients to gain access to new therapeutic options by means of clinical trials, something they would definitely not have been able to do without it”. He also stated that “the aim of this programme is also to offer more effective treatment for the tumours and make them less aggressive for the patients”.

Andbank has contributed to the FERO Foundation for several years as part of its corporate social responsibility programme. “The fight against cancer is a central element of the entity’s corporate social responsibility and we contribute by means of actions like this one to promote it”, declared Ricard Tubau, CEO of the Andbank Group, who added that, “we therefore want to support the excellent work being carried out by Dr Tabernero and his team in the development of this research programme”.

Andbank has contributed to the research and treatment of this disease with a number of initiatives in recent years. For over seven years, the bank has collaborated with the FERO Foundation in several activities and programmes to support research initiatives and studies of the disease. Andbank is also a founding partner of the Pediatric Cancer Center Barcelona promoted by the Sant Joan de Déu Hospital, which is seeking to become one of the largest paediatric oncology centres in Europe, and it also cooperates with the Cris Contra el Cáncer organisation.

About the FERO Foundation

The FERO Foundation is a private, non-profit, charitable and scientific foundation dedicated to cancer research and treatment which, thanks to the funding of private donations, has set up numerous scientific research laboratories. The institution was founded by Dr Josep Baselga, Professor of medicine at the Autonomous University and Chairman of the scientific committee of the VHIO Foundation (Vall d’Hebron Institute of Oncology). One of the major achievements of the Foundation has been the creation of the Breast Cancer Centre at Vall d’Hebron, unique in its specialisation in Spain.