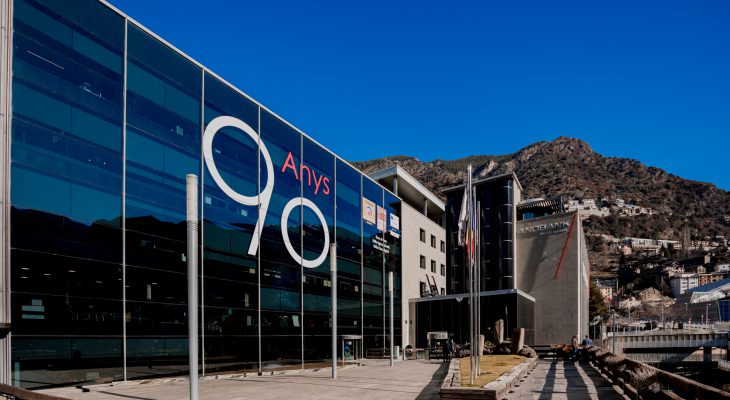 Fitch Ratings has upgraded Andbank’s outlook to stable and confirmed its long-term BBB credit rating. According to the rating agency, the upward revision is due to “the expected improvement in the bank’s earnings and profitability as a result of the expansion of the volumes in the private banking business and its capacity to absorb credit risks”. Andbank has been rated the best bank in Andorra for the third year in a row.

In its report, Fitch underlines Andbank’s “satisfactory” capitalisation, its international operations (on a larger commercial scale than those of its Andorran competitors) and its suitable size for Andorra. It also highlights its healthy profits, the quality of its assets, its high provisions and its loan collateral.

The Andbank Group ended 2021 with a 20% increase in its assets under management, which climbed to 30,200 million euros due to the increase in the positions of its customers (chiefly in Spain), the markets’ performance and the takeover of Degroof’s business in Spain. The rating agency expects “the bank to continue to implement its growth plans, benefiting from its private banking business in Spain and the institution’s development in other geographical areas”.

In this regard, the agency stresses that “over the past few years, Andbank’s profitability has shown signs of considerable resilience, supported by the increased volumes in the private banking business” and believes that “the bank’s growth plans and rising interest rates should sustain its profitability in the midterm”.

Upturn in the quality of the assets

The agency does not expect “a significant impairment of the quality of the assets due to the rising interest rates or the slowdown in economic activity, given the bank’s business model and the quality of its loans”.

With regard to the risk appetite, Fitch considers it to be lower than that of pure retail banks as a result of Andbank’s focus on the private banking business. The loan portfolio is highly collateralised, mainly with Lombard loans, and the securities portfolio focuses on high credit quality counterparties.

According to Fitch, “the capital ratios are in keeping with the bank’s risk profile – the Basel III regulatory Common Equity Tier 1 ratio (CET1 ratio) totalling 14.9% at the end of 2021 – and provide an adequate buffer above the regulatory requirements”.

Moreover, in relation to the liquidity management, the agency considers that “Andbank’s ratings reflect the stability of the bank’s deposit base, which fully funds its loan portfolio, and the liquidity is conservatively managed”.