Andbank achieved a volume of assets under  management totalling 23,842 million euros in 2019 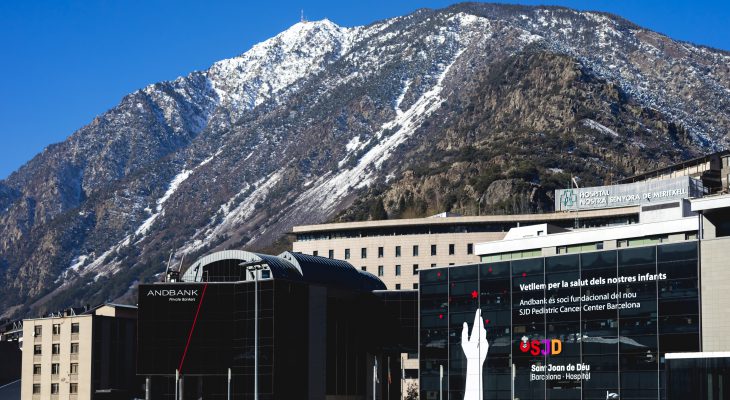 Andorra, 27th February 2020. Andbank, an international group specialising in private banking, ended 2019 with a volume of assets under management totalling 23,842 million euros, which represents an increase of 2,067 million euros, a figure 9.6% higher than that recorded in the previous year. Similarly, the credit investment stood at 1,611 million euros, above the […]

Andbank’s net profit resulting from its activity exceeded 28 million euros in 2019, with an increase of 3.6% in comparison with 2018.

These figures confirm the robustness of the Group’s business model, while its main profitability indicators, the ROE and ROTE (return on tangible equity), stood at 5.4% and 14.33% respectively.

In 2019, in addition to registering these excellent results, providing continuity for its uninterrupted growth over more than a decade, the entity continued to implement responsible management that led to the obtaining of 532 million euros of proprietary resources, placing its solvency ratios and liquidity within parameters above the minimums required by the Basel III agreements and above the European average.

One of the keys to Andbank’s solid growth remains its international dimension, the result of an undertaking initiated in 2000 which has led to the entity currently having a multi-jurisdictional scope and operations in 11 countries, including the main global financial markets. In 2019 Andbank’s international area accounted for 82% of the total assets managed by the Group. In this regard we should highlight Spain, a country where last year the entity recorded a volume of assets under management totalling 10,535 million euros and a net profit of 10.9 million euros, 38% more than in the previous year.

We should recall that in May 2019 the Fitch ratings agency maintained its long-term rating at BBB and its short-term rating at F3 with a stable outlook. The agency highlights its international diversification, the high quality of its assets, the strong capitalisation of the bank, as well as the resilience of its business model in generating profits.

One of the pillars and strategic goals of the entity’s corporate social responsibility is the fight against cancer. With this commitment in mind, the Group has become the founding partner of the SJD Pediatric Cancer Center in Barcelona in a new benchmark project to combat childhood cancer throughout Europe.

Andbank is also a sponsor of the FERO Foundation (Oncology Research Foundation), which supports prominent cancer research projects around the world and collaborates with Cris, the private and independent cancer organisation that promotes and finances projects for research into treating and curing the disease.