Andbank to propose Carlos Aso to be CEO of the Group 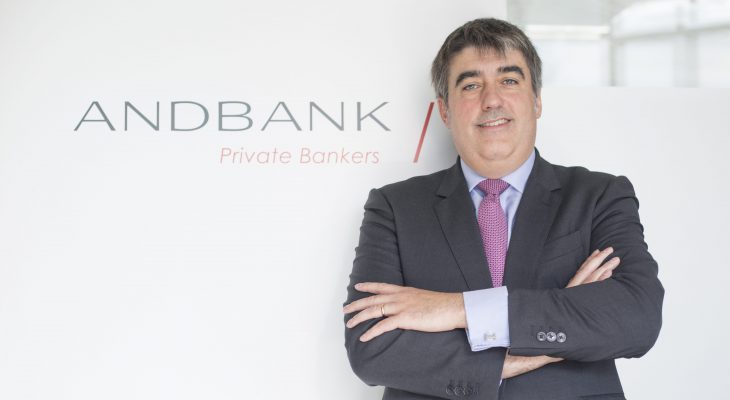 Escaldes-Engordany, 14 May 2021. Andbank’s Executive Committee has proposed Carlos Aso to be the Group’s new CEO. Aso, who has held the position of CEO at Andbank España from 2015 to 2021, replaces Ricard Tubau, who closes a 13-year period at the head of the Institution. Tubau will continue to be associated with Andbank as […]

Andbank’s Executive Committee has proposed Carlos Aso to be the Group’s new CEO. Aso, who has held the position of CEO at Andbank España from 2015 to 2021, replaces Ricard Tubau, who closes a 13-year period at the head of the Institution. Tubau will continue to be associated with Andbank as a member of its Board of Directors. This is consistent with his interest in starting a new phase of his career as a board member of family businesses.

Ricard Tubau joined the group as Deputy General Manager in 2008 from The Boston Consulting Group, a firm in which he had held the position of Partner and Managing Director. A graduate in Business Studies, and holding MBAs from ESADE and the Harvard Business School, he began his career at Banco Sabadell in Spain and New York.

Throughout these 13 years at the Institution, Tubau has led the bank’s international expansion, laying the foundations of today’s Andbank in terms of geographical diversification and the incorporation of new talent into the group. In this period, the group has multiplied its volume of business, increasing by 4.3 times from 6.4 billion euros in assets under management in 2008 to 27.6 billion euros in 2021. Andbank is currently present in 12 countries with a team of more than 1,000 professionals. The Andbank Group closed 2020 with a profit of 29.5 million euros, 5% more than the previous year and a consolidated TIER 1 of 16.03%.

According to Manel Cerqueda, Chairman of the Group, “Ricard Tubau has led the transformation of what today is a much more global institution and one that is better adapted to current times. His succession coincides with the completion of the 2018-2021 Strategic Plan fulfilling the objectives set by the Board. This allows us to be a more diversified, more global entity which is better oriented to satisfy our customers’ requests.”

Carlos Aso joined Andbank from Deloitte and The Boston Consulting Group in 2009 as the Group’s Deputy General Manager and Head of Business Development. In 2015, he was appointed CEO of Andbank España, a post from which he has promoted the growth of the bank both organically and inorganically, positioning it as one of the most important private banking institutions in the Spanish market and 8th in the private banking ranking.

In the last three years, the Institution, which has a volume of 15.25 billion euros in Spain, has carried out several corporate operations, including the acquisition of Merchbanc in 2018; the integration of the Esfera Gestión business in 2020; the acquisition of the private bank, Degroof Petercam Spain in 2021; and the creation of the premium neobank MyInvestor, the top Spanish fintech by turnover.

Aso will remain closely linked to the Spanish business, as a member of the Board of Directors of Andbank España and designing the growth strategy of both Andbank in Spain and MyInvestor.

Changes in the Board of Directors

On 28 April, at the Andbank General Meeting of Shareholders, Manel Ros and Josep Vicens, who have held their positions on the Board and on the Executive Committee for 20 and 16 years, respectively, left the Board of Directors. Both have joined Andbank España’s Board of Directors as proprietary directors.

Finally, and also at the last General Meeting of Shareholders, the incorporation of César Valcárcel as an independent director of Andbank was approved. César Valcárcel has developed his career in international banking, especially the last 20 years, and until 2020, in the Spanish subsidiary of the Bank of New York, where he was the General Manager.