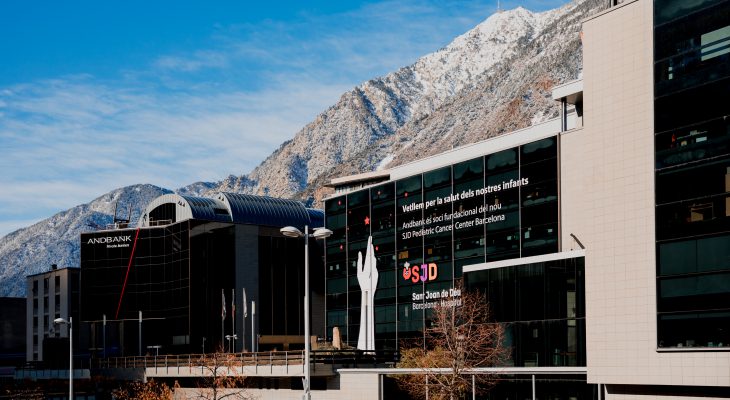 Andorra, 18 December 2019.
Andbank has been selected as the best private bank in Andorra for 2019 by Global Finance, International Finance and International Banker magazines. The three awards are recognition for the success and resilience of a family business created almost nine decades ago, and for its experience in wealth management and geographic reach. International Banker also awarded Andbank the prize for best customer service provider in Western Europe – recognition of the Bank’s client-focused business model.

Global Finance is one of the longest-running magazines serving the banking industry. It has been published since 1987 and is distributed in more than 192 countries in its print and digital editions. 2020 saw the fifth World’s Best Private Bank Awards’. In announcing the winners, the publication said that the awards recognise “the banks that best serve the specific needs of high-net-worth individuals as they seek to enhance, preserve and pass on their wealth.”

International Banker is published by the same group as International Director and Forex Focus. It is taken by 60,000 financial leaders around the world and has just announced its ‘2019 Western & Eastern European Awards’, which, according to the journal, were established to recognise “top-ranking individuals and organisations setting new benchmarks for performance and pushing the boundaries within the financial industry.”

In the words of Andbank’s Deputy CEO Anna Olsina, “these awards are recognition for a continuing success story that will see us celebrate at our 90th anniversary in 2020. They recognise our commitment to our clients, employees and shareholders, our proven track record of excellent, high-quality asset management, our geographic reach, which makes us a global player, and more recent achievements, such as our commitment to innovation. They also acknowledge the values that shape everything we do and that are shared by everyone who works at Andbank: client service, creativity, entrepreneurship, transparency, honesty, respect for people, professionalism and reward for achievement.”

In 2018, Andbank’s turnover was more than €23 billion, three times higher than in 2010 with 82% of assets managed by its international division. The Bank is also one of the most solvent and most liquid banks in the world, as shown by a solvency ratio of 15.76% – nearly 1.6 percentage points above the European average – and a liquidity ratio of 66.6%. Andbank also invested €22 million in technology just last year to adapt itself to today’s demanding market conditions. According to Olsina, that was because the private banking of the future will demand “a combination of innovation and empowerment of the banker as expert and a key adviser for good wealth management”.