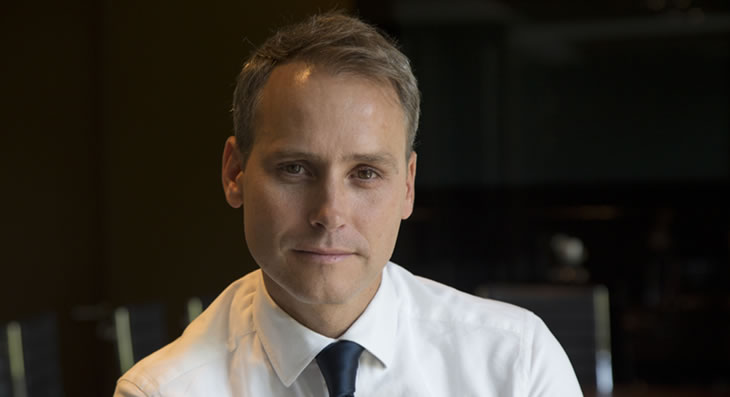 The hostility shown by the Trump administration to China has been of a formidably combative magnitude. It’s so unusual that, in my opinion, it’s an omen for something I don’t like. I hope that it’s just that, an omen.

I’ll give you a few examples: 1) Threats to impose tariffs 2) Official definition of China as a ‘currency manipulator’ 3) New lawsuits for dumping cases 4) Appointment of sabre-rattler Peter Navarro as director of the National Trade Council, – I recommend you read his book: Death by China: Confronting the Dragon – A Global Call to Action. 5) Not to mention the ferocious, uncommon and unusually bellicose posture shown by Secretary of State Rex Tillerson, suggesting, on the very day of his confirmation, that ‘the US can block access to the facilities that China has been building in the South Sea’. This is not important, of course, if China chooses to take it as a joke and not as a violation of its sovereignty. But I am confused at this point.

Tillerson talks about checking China’s regional actions, which affect other countries, while Trump talks of forgetting about the borders of other countries to focus on their own. Anyway. Having witnessed all of this (somewhat surprised I must admit), I feel obliged to ask myself whether all this is intended to warn the world that a trade war is looming with China and Mexico, or whether, on the contrary, it’s only a tactic (as A.Kroeber says) to force these countries, especially China, to make some concessions in economic matters. I don’t know. What I do know is that this approach to international geopolitics is new, unorthodox, unknown, uncertain, random and daring, not to mention risky.

Since the 1970s, with Richard Nixon, it has been in the interest of the US to allow China to develop and to maintain a close link between both countries as a tool for pushing China away from the Soviet bloc to keep the latter isolated, restricted and controlled. Today, after decades of impressive economic development and the flourishing of a vigorous middle class in China, there are those who use the excuse that China has failed in its conversion towards democracy, to change the course of events, because they understand that the development of China has been directly proportional to the weakening of the US (and therefore, its cause). You should be aware that if this new power thinks that this can be fixed by publicly abusing China, and opts for an impulsive and abrupt policy in trade matters, this is going to be painful for everyone. Today’s difficult question, and which couldn’t be left out of my column, is the following: is a trade war and a costly result very likely? To answer this question, it is necessary first of all to understand a little about the current tax system in the US. You should know four things:

These four points would help to explain, among other factors, why North American companies outsource production. What Trump seems to want (if one looks at what is being said) is to switch from a ‘production-based tax system’ to a ‘consumption-based tax system’, and as most of the products consumed are produced overseas, this is equivalent to saying that the proposal is to tax foreign products. All clear so far.

So the answer to our question is easy. I very much fear that we are indeed witnessing the development of some type of trade war, or at least a tightening of trading conditions at global level; and that is going to have repercussions. After all, have not we been through a currency war? Why do I believe this? Everyone knows that the US federal government has increasing problems in planning its budget and financing public expenditure. This is simple to understand. In a rapidly ageing society, the labour force is irremediably reduced, and with it, production is also reduced. Yes ladies and gentlemen; what changes fastest in an ageing society is production, not consumption, and this takes us to the core of the matter.

In a fiscal system such as the US one, where tax revenues are based on (and associated with) production, it’s normal to see a moderation in public revenue, at the exact moment when public expenditure is most required, typical in an ageing society context. Hence the difficulties to finance the budget. Trump and his administration, who are perfectly aware of what I am telling you, may think that the best way to rebalance the situation (as some sources have already pointed out) is by shifting the tax burden (from a production-based taxation to a destination-based taxation). That is, from domestic production to consumption. That amounts to saying that the burden will fall on all manufactured products abroad. In other words, what is known today as the border tax adjustment. Et voilà, now you have a trade war.